Purusha and the Grapes of Wine: Getting to the Core of Spirituality 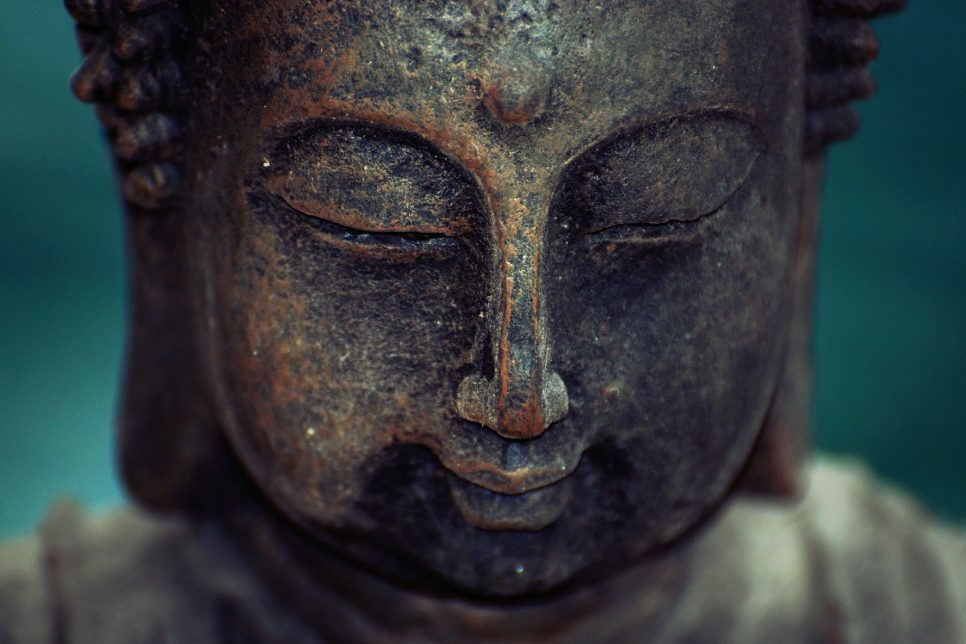 Image by Helena Cuerva from Pixabay

Like us, wine is made up mostly of water.  But no one chooses a wine based on its water content.  Most of our oenological preferences stem from its grapes.  While other components (sugar, acid, tannins) coalesce to produce the wine’s final taste, the grape remains its nucleus.

Many of us have selected a wine because it had an interesting label (I personally, have done this many times).  Similarly, most human connections begin at the physical level.  The laws of attraction state we tend to engage initially with those we find visually appealing.  But we won’t buy the wine again if we don’t like what we find inside the bottle, just as we aren’t likely to form lasting relationships with people who don’t share similar core values.

So how do these personal beliefs come into being?

Everyone is spiritual.  Some people were raised in an organized religion, or perhaps joined one later in life, causing faith to be at the centre of their spirituality.  Others may not belong to any particular denomination, having instead developed their own theologies over the course of their lives.  And others yet may consider themselves agnostic or even atheist.  There is nothing wrong with any of these options, and no one of them makes anyone any more – or less – spiritual.

My personal views on spirituality have evolved over the last decade and a half and are deeply rooted in my yoga practice.  I do not purport to have all the answers worked out, but I do have an unshakable core group of tenets that give me comfort during uncertain times.

I was raised as a member of the Protestant Church, my parents (OK, mostly my mom) insisting I go to Sunday School until I graduated from high school.  If my memory serves me correctly, we were not particularly devout, and I think going to church was more something we did because my mom had always done it with her parents, and I believe it made her feel more connected to them.

When I was old enough to choose for myself, I stopped going to church.  I didn’t – and still don’t – have any specific aversion to it.  It just didn’t particularly resonate with me.

I find all religions fascinating, more so for their intrinsic similarities than anything else.  Examining any major religion uncovers the same basic principles: following a code of ethical behaviour in this life will lead to great happiness in the Afterlife, whatever that may be.  And at the very least, they all have a great cast of characters.

I find it baffling that so many wars have started over religion, when any amount of open-mindedness reveals how much each theology has in common with its significant counterparts.  My frustration with organized religion lies in its apparent disregard for even mildly opposing beliefs, despite having major overlapping themes.

Despite having foundations in Hinduism and significant commonality with Buddhism, yoga does not require its practitioners to be followers of any specific religion.  It does encourage the fostering of spiritual study in general, and therefore makes an ideal complement to any faith.

The term yoga is a Sanskrit word meaning to yoke or unite, and it represents the connection of the individual to the whole.  Yoga is a series of practices and disciplines that prepares those who practice to uncover their true identity through self-realization.  It is that and only that.  It is up to the individual practitioner to decide exactly how to achieve that self-realization.

We already know yoga has immense physical and mental benefits.  But its spiritual value is equally vast.  Yoga cultivates awareness, leading first to a feeling of connectedness to the mat, then eventually to other practitioners, and finally to a higher energy.

By focusing on one thing at a time through completion of postures, breathwork, and quiet introspection, yogis learn to still the mind and live in the present moment.  This helps to stop ruminating over past events and prevents worrying over those which have yet to come, setting the stage for higher learning.

The gradual unveiling of my core beliefs arose as I first turned to my yoga mat for relief from overwhelm and sleeplessness.  The physical release I experienced led to a craving for more.  So, I looked to yogic philosophy to quench my thirst for knowledge and discovered there was so much more to my beloved practice than I could possibly imagine.

I first consulted the Yoga Sutras of Patanjali to delve a little deeper.  These sutras essentially encompass the scriptures of yoga much like the scriptures of organized religions, except in yoga, they are more or less a set of guidelines defining the way we should live our lives if we ever hope to attain enlightenment, regardless of whether or not we are followers of a certain faith.  They are meant to be used in conjunction with other sacred texts.

Reverend Jaganath Carrera identifies sutra 1.2 as perhaps the most important one of all in his book Inside the Yoga Sutras, stating that it “alone could form the basis of a lifetime of contemplation and practice.”  He translates the Sutra from its original Sanskrit to this in English: The restraint of the modifications of the mind-stuff is Yoga.  This implies the entire concept of yoga revolves around the need to quiet the mind.  It explains that it is through this silencing that our true nature is revealed – meaning, if we could just stop being constantly distracted by all the non-stop craziness going on in there, we would realize that we are each a part of something much, much larger.

While I have not yet personally experienced any Eureka! moments in my meditation practice, there is something unquestionably calming and reassuring that takes place each and every time I sit on my mat.  I can’t exactly explain what the sensation is, other than to say I never feel entirely alone when I meditate.  Now hang on – I don’t mean I believe there is a ghost sitting next to my cushion.  There IS, however, the impression of a greater energy than mine alone.

It was this sense of connectedness that served as the foundation for all my other spiritual revelations.  It played right into my love of all things science (i.e., the Law of Conservation of Energy in the physical sciences states that energy can neither be created nor destroyed; it can only be transformed of transferred), while also conforming with my belief that, not only do we humans not know everything there is to know about anything, but that there exists a higher energy form much more advanced than we could ever imagine.

After all, the thought that humans are the most intellectually and emotionally advanced beings out there is not only depressing, it’s downright terrifying.

The aspect of my spirituality that took the longest to emerge clearly was my core values.  Core values are those ideals that comprise the foundation of our personal beliefs and serve as our internal moral compass.  We all have them.  We just might not always be aware of them.

These core values might evolve and change over time, but a group of them is always present, guiding our behaviour and decision-making.

As we age and gain new experiences, our core values advance with us.  The more self-aware we become, the more influence we exert over our core values.

At this stage in my life, I look at my core values as those things I hope people close to me would say about me at my funeral.  The 4 principles currently trying to guide me through life are compassion, respect, contribution, and inner peace.

My spirituality flourishes when my life is most aligned with these 4 values, but that doesn’t mean I don’t struggle with any one – or several – of them at any time.  In fact, at this moment, several of my core values are intertwined in a battle that currently has a few of them at odds with one another.  For example, my desire to contribute to the world is over-active at present, which is increasing the likelihood that I will experience sleep-deprivation on any given day.  This in turn, tends to cause me to lash out at those closest to me – the very people for whom I try to live my life guided by my moral compass.  But when I do lash out, it flies in the face of both respect and compassion, which then disrupts my inner peace, and makes sleeping difficult.  A self-fulfilling cycle would emerge if I didn’t constantly return to my mat and my place of quiet introspection and serenity.

This system does not mean I constantly live my life in a state of spiritual bliss.  In fact, there is so much change and turmoil in my life right now, that I sometimes find it challenging just to get through the day – never mind finding the time to check in periodically with my inner core.  And I know I am failing in several areas.  I am short with friends and family, and harder still on myself.  But I know this is a temporary situation and that there will be others like it in the future.  All I can do is ask for forgiveness, both from others and myself, and patiently return to my mat to reset.

When all of those core values are in equilibrium, however, a state of spiritual flow ensues.  It is the greatest feeling I have ever experienced.  My sense of connectedness to the Earth, my fellow humans, and a higher energy is heightened, and a sensation of bliss washes over me.  My worries and concerns dissipate, and I feel at peace.

While I may not currently be as adept as I would like at maintaining that state of core value equilibrium, I believe it is a skill like all others that can be developed with practice over time.  I feel confident that one day I will be able to live my life effortlessly guided by my moral compass without feeling the struggle of an imbalance among my core values.  I also believe this is the reason we were put here on Earth – to work out whatever lessons we need to learn so that we can eventually achieve self-actualization.

And perhaps, we might not be here just for a One and Done, as it would seem to be an expectation of monumental proportions that we should get it right on the first try.  (For more on the topic of reincarnation, see my post Detox-Retox: An Incessant Merry-go-round and the Possibility of More – Jami Crook, Health and Wellness Consultant )

Regardless of your personal belief system, I find it hard to imagine that anyone could be described as non-spiritual, since we all have an internal code of ethics governing our behaviours and choices.  That system had to come from somewhere, and that origin from something else, and so on, and so on…