Shaken Champagne and Equanimity: You CAN be a Yogi and Still get Angry 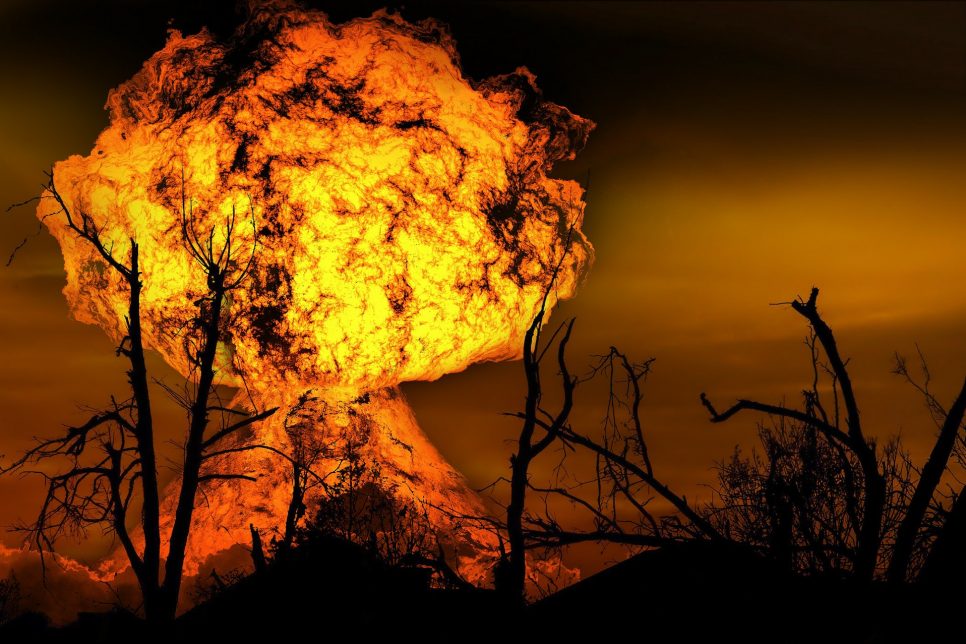 “For every minute you are angry, you lose sixty seconds of happiness.” – Ralph Waldo Emerson

To all my fellow champagne lovers out there, have you ever watched in abject horror as someone shakes the life out of a bottle of your favourite bubbly seconds before popping the cork?  Did it make you angry?  Unfortunately, this week’s blog post centers around a recent sequence of experiences that made me feel more like the champagne inside that bottle than the aficionado watching the carnage.

Truth be told, I wrestled long and hard with this post.  To borrow inspiration from a much more gifted wordsmith than I, to write or not to write; that was the question.  As of 11pm last night, I had decided against it in case it came across as a personal rant, which categorically defies the intent of this blog.

But in the end, I elected to go with my heart, because if I have gone through it, I am probably not alone, and I operate with the hope that sharing my experiences might help someone else. Thus, an anger-based article was born.

For the most part, anger is not a healthy emotion.  However, this is only the case if it persists over time.  All emotions are valid and need to be fully acknowledged and felt if there is to be healing.

Yoga philosophy teaches that in the face of non-virtuous acts, the appropriate response is equanimity – keeping your cool and reacting calmly, if at all.  It follows a similar vein to the Biblical teachings of turning the other cheek.  I freely admit that my knowledge of the Bible is superficial at best, so please forgive me if my interpretation isn’t totally accurate, but it was respectfully intended for you to get the idea.

In previous articles I have mentioned the importance of creating both personal boundaries and a filtration system for your soul, but as was made abundantly clear to me this week, there will always be people who find their way around them.

I have spent much time talking about the importance of being kind to yourself as well as to others, but oh! how 2020 – and now 2021 – has made that a monumental challenge.  People are frustrated.  They are worried about themselves, their loved ones, and their livelihoods.  But I have witnessed a disturbing trend over the past 10 months.

Prior to 2020 I considered myself an optimist.  I used to believe most people were inherently good and kind at baseline and that some form of external stress was required to push them to the point of cruelty.  I’m sad to say, I no longer believe that – and I feel that instead of an optimist I was actually a naive idealist.  I now suspect more people than I ever previously imagined need to exert a substantial effort to be kind.  And I have no idea what happened to altruism, but if it isn’t dead, it is either on hiatus or in hibernation.

Let me walk you through my last 4 weeks…

As those of you who have read some of my previous articles already know, I am (at least for now) a registered and practicing physiotherapist (physical therapist for my non-Canadian readers).  We finally got deemed essential workers last summer after being shut down during the first wave of the pandemic in March 2020.

When we initially re-opened our clinic doors last summer people were extremely understanding about the new guidelines we had to follow and restrictions we were under to protect them as well as ourselves.  No one complained about a waiting list and everyone was polite and grateful just to get an appointment.

Fast forward 7 months and this is no longer the case.  I am currently juggling 2 caseloads because my colleague is temporarily out on sick leave – thankfully for something planned and not Covid-related.  I am exiting the profession at the end of March and am consequently responsible for continuation of care for those patients still requiring treatment when I leave, so I am no longer taking on any new physiotherapy patients.  When I explain this to patients seeking care, it does not usually go over well.  I have been yelled at, cursed at, hung up on, and had people tell me I was infringing on their right to choose, despite the fact I always try to refer potential patients to other clinics whenever we cannot accommodate them.

At the outset, I was pretty adept at reminding myself that people are mad at the situation and not me personally, but after enough incidents, even framing it that way wasn’t sufficient to allow me weather the storm unscathed.  In fact, it has gotten so bad that the mere sound of the phone ringing now instantly makes my blood pressure rise, whether I answer it or not, and I have barely managed to keep from bursting into tears at work – a scenario that would be completely unprofessional and therefore, unacceptable.

This situation has already led to many sleepless nights because I am a healthcare professional and as such, my nature is to try to help as many people as possible.  Whenever I have to refuse someone, I feel I am letting them down, even after they have been rude to me and I have done my best to help them find appropriate alternatives.

But WAIT!  It gets exponentially better…

Last week a colleague contacted me to inform me that, as physiotherapists, we are now among those considered critical to vaccinate in order to curtail the spread of the virus, since we are in physical contact with so many people.  I was ecstatic because I have spent many sleepless nights worrying that, despite our best efforts, I might be responsible for making someone sick.  And I treat a lot of vulnerable patients.  So, I did my due diligence and made an appointment. I also posted that it was happening, naively believing it would give people hope that we were moving forward in a positive direction.

I could not have been more wrong.  The backlash I received was devastating.

The hate I got on my social media was unlike anything I have ever experienced.  And I was totally unprepared for it.

People told me I was selfish and undeserving of the vaccine.  They wrote in screaming capitals on my private page, venting all their frustrations with the entire vaccination process, as if I were somehow personally responsible for everything they felt was wrong with the system.

One individual even went so far as to suggest that any future Covid-related deaths among vulnerable populations should be on my conscience if I proceeded with my vaccination.

The hurtful comments occasionally came faster than I was able to delete them, some catching the attention of my friends and family, many of whom work on the frontline with known Covid-19 patients, slapping them in the face instead of celebrating their efforts. Incidentally, those same Frontliners were totally on board with me getting vaccinated because they recognize the potential extent of viral propagation possible due to the sheer volume of people with whom we work as physiotherapists.

Let me be very clear on something: this article is not intended to sway readers in any direction with regards to their position on either the pandemic or the vaccination process.  I have always maintained that people are entitled to their own opinions as long as they voice them in a manner that is respectful and kind.

The decision to share my experience with my readers came as the result of an intense emotion that I don’t often feel: ANGER.

And not just any anger.  Red-hot, blood-boiling, blinding infuriation.

I have not been that angry over something that has happened to me personally since I was a teenager. Like many others, I have run the gamut of emotions over the atrocities that have transpired globally over the past year, but as a yogi, I pride myself on handling challenging personal situations to the best of my ability with the equanimity we’re encouraged to exhibit.

There was nothing equanimous about the way I reacted to this series of events.

I cried – a lot.  I punched pillows after screaming into them so hard I thought I might choke on a feather.  Since smash therapy rooms are currently closed due to the pandemic, I took a wooden dowel and bashed the living daylights out of a meditation cushion (no, the irony is not lost on me with that one).

I meditated for a combined total of 4 hours.  And I can report, I came out the other side… still freaking angry.

But I internalized something important during that 4-day process.  It’s OK to be angry – even as a yogi.  All emotions are relevant and teach us important lessons if we listen to them.  The danger with anger is that, if you hold onto it too long, it will only hurt you.  I took the time to respond to a few of the misguided souls who felt the need to vomit their displeasure all over my social media.  I carefully planned my replies, redacting them multiple times so as not to be unnecessarily abrasive. Do unto others, etcetera, etcetera…

It was an exercise in futility.

I quickly realized that anyone who was willing to act the way those individuals felt was necessary – and I intentionally chose to use the word individuals here instead of people, because I want in no way to lop anyone together in a group (despite my gut-wrenching experience, I know everyone is going through their own stuff and their behaviour stems from unique motivations) – would not be receptive to anything I had to say or be open to having a civil conversation.

Anger is not a comfortable emotion for me, but it served an invaluable purpose.  It permitted me to acknowledge that I have a breaking point, and that breaking point was definitively breached over the last 4 days.  It has afforded me the ability to recognize when enough is enough, and when to get help as a situation becomes overwhelming.

I am not condoning the behaviour of the individuals discussed in this article, but I am choosing to forgive them.  I needed to express the anger their actions elicited in me, but now that I have, holding onto it would only cause me further harm.

Being a good yogi – or a devout practitioner of a religion – does not mean you should not express anger.  Quite the opposite.  Anger needs to be acknowledged and allowed to manifest in a safe and controlled manner.  Otherwise, it will fester and release itself on its own schedule, more than likely wreaking havoc on anyone in its path.

So, go ahead.  Cry. Scream. Run. Hit things (though not people).  Do whatever you have to do to get it out safely and effectively.  Then learn the lessons it offers and make peace with it.  From there on out, carrying it further will likely only hurt you more.

It is a tough world out there.  Feel all the feels.  Seek help when you need it.  And please, please, PLEASE be kind to one another.  Every last one of us is fighting a battle that isn’t easily visible to anyone else.