Namaste, Solo Grape: The Difference Between Loneliness and Aloneness 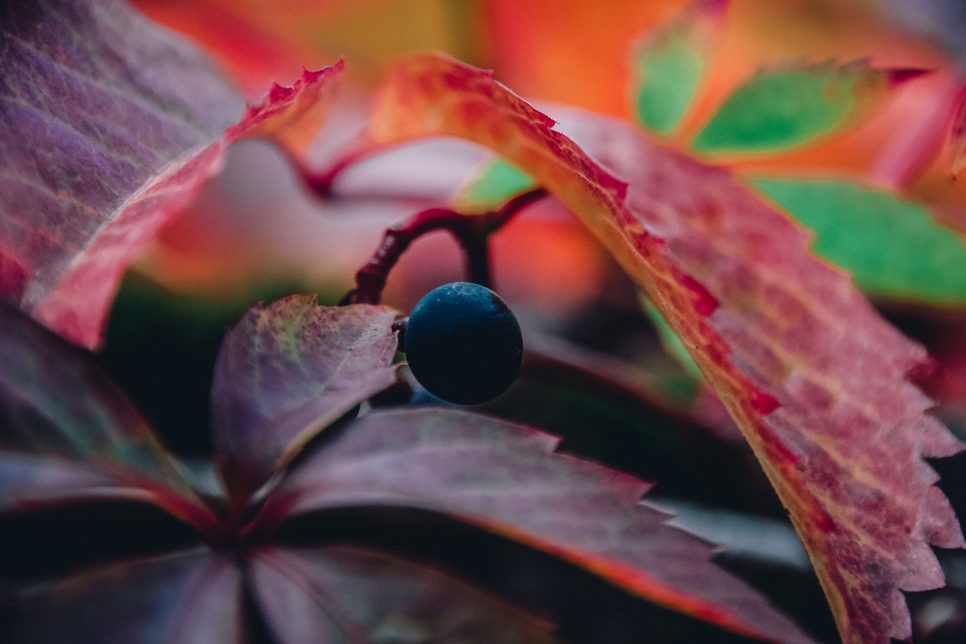 “Loneliness is missing the other; aloneness is finding oneself.” – Osho

Saying the past year has been difficult on all of us is a monumental understatement.  Lives have been lost, jobs have been lost, crippling the world both physically and financially.  We have been forced into quarantine and isolation out of necessity for our own safety.  But these preventative measures present an entirely different set of health concerns.  In a world where most societies thrive on human connection and interaction, the void created when these are removed can be devastating.

I am not one who often feels lonely.  I have always tended toward the nomadic side of life, uprooting myself every 2 to 3 years and starting over in a new city, province, or country.  I genuinely enjoys being alone.  I have lived by myself for the vast majority of my adult life and am fiercely protective of my free time.  But there is an extremely big difference between choosing to be alone and having it forced upon you, which is exactly what this global pandemic has done.

Now let me be clear about something: while I like being alone, I also appreciate having the choice.  I work very long hours compacted into a short workweek for the very reason that I crave time to myself in most instances.  However, I have built an incredible tribe over the past few decades, and I adore being able to jump in my car or on the train and take off for a few days to see any of them at will.  That is simply not possible during these times, and even I am starting to feel the effects of spending so much time alone.

I have a love-hate relationship with social media.  It is a necessary evil in that it is essential for my career as a life and wellness coach, and it is also the only way I communicate with a handful of people who are really important to me.  I know if I were to close my accounts, I would lose touch with most of them, which would be heartbreaking.  However, as a society in general, we have become incredibly reliant on social media as a means to connect to other humans.  While under normal circumstances, this frustrates me immensely, as I much prefer to see my tribe in person, and I often feel overly accessible to anyone at anytime, I am incredibly grateful that this technology exists during such extraordinary times.

Can you imagine if we had to go through this pandemic in isolation from one another without being able to reach out through video chats?  Unfortunately, for many people, this is simply not an option.  They either lack the resources or the skill set required to make use of this technology, which leaves them even more vulnerable to the mental health issues that can result from months on end of sequestration from their loved ones.

I worry most about the elderly.  Many older people are already dealing with loneliness from having lost loved ones or some of their previous independence.  These same individuals are often the ones unable to access the technology available for remaining in contact with others during these uncertain times.  And younger generations are not the best at keeping in touch by phone.  I admit, the phone is my least favourite form of communication.  For some inexplicable reason, talking on the phone – even with the speaker engaged – for more than a few minutes makes me feel claustrophobic and panicky.  Yet, even for me, during the beginning days of the quarantine last March and April, when I wasn’t working and was cut off from my friends and family, I enjoyed getting the occasional phone call from people checking in on me.

So, in turn, I reached out to a few people in my neighbourhood about whom I was concerned.  I am happy I did so, as I really believe I made a difference in their lives – as they did in mine.  However, in one specific case, I inadvertently fostered a dependency that I now regret, mostly because I am moving in the next few months, and thus far, this person has been unable to come to terms with that, which is deeply troubling to me.  I fear he will spiral into greater depths of despair if he continues to refuse to accept the inevitability of my impending departure.  I feel responsible for having created a bond that I did not foresee being a lifeline that I would have to eventually retract, and it breaks my heart.

My solution was to gradually reduce the frequency of contact with him, in hopes that he gets used to me not being there all the time before I am no longer here at all.  I feel terrible doing this, but I will feel immensely worse if I leave and he is accustomed to having me around whenever he wants me.  Sometimes we have to be cruel to be kind.  I continue to check in on him at regular intervals, but I have been spacing them out little by little in the hopes that the disconnect will be gradual and therefore less disrupting to his life.

And in the interest of full disclosure, as someone who is fiercely protective of my alone time, I am beginning to feel suffocated under his relentless need for companionship.  Just typing those words makes me feel guilty, but they are true nonetheless.

With exceedingly rare exceptions, I no longer feel lonely during this time of relative isolation.  Sure, I still miss the ability to go visit people whenever the mood moves me to do so, but overall, the social restrictions imposed by the pandemic have allowed me to thrive in my aloneness.

The past year has provided me with opportunities for introspection for which I would normally never have the time.  While I might occasionally miss hanging out with my friends in person, I can honestly say I have never once been bored during this ridiculous year.  In fact, it has turned out to be one of the most productive years of my entire life.

I was lucky enough to be able to embrace being alone so much so that I began to understand what had been working and what hadn’t in my life. I also realized what I needed to be doing that I wasn’t doing before the pandemic struck.  All of my upcoming monumental life changes took shape during the 10 weeks we were forced into isolation.  Once the initial knee-jerk panic of being temporarily unemployed wore off, I allowed myself to see the situation as a gift of time – something of which I usually have precious little.  And for what reason?  Because I fill my life with busy work that I don’t need.

Please don’t mistake my appreciation of aloneness for a disregard of loneliness, or the tragedy of this global pandemic in general.  It was simply the frame my mind embraced when the option to be busy was removed.

By choosing aloneness over loneliness, I learned to enjoy my own company, and most importantly, I learned how to take care of myself – like really take care of myself – and make that self-care the priority it should have been all along.  I spent invaluable time getting to know my true heart’s desires, even if that left some tough conversations to be had once the dust settled.

Don’t get me wrong – I, in no way, shape, or form, wish to relive 2020 and all of the heartache it encompassed for so many people.  But I am grateful for the gift of time it gave me.  I honestly believe I am a much happier – not to mention stronger – person having gone through everything we have collectively been through over the past year.

Thankfully, there are a few tricks to be taken from the world of yoga to reduce the pain of loneliness.  Even if asana (the physical poses) are not your thing, simply practicing sitting in silence can be a powerful tool that lessens feelings of loneliness.

First, when the feeling of loneliness rears its ugly head, see if you can take a step back and investigate its source.  Little by little, see if you can just sit with those feelings and learn a bit about what incites them, before immediately trying to distract yourself.  Try to identify whether the feeling stems from the current situation or is more deeply seated in traumatic events of the past.  While doing this kind of exploration, it is important not to overwhelm yourself.  Make sure you are always working within your zone of personal tolerance.  If the discomfort becomes too great, get up and do something different.  You can come back to the practice when you are ready.

As you begin to find greater ease in sitting with uncomfortable emotions, begin to incorporate meditation into your daily routine, even if only for a few minutes at a time.  Meditation allows us to focus the mind on one thing at a time – usually the breath, although it can literally be anything of your choosing.  As we get used to the one-pointed awareness, our monkey mind gradually gives way to feelings of undeniable connectedness – to ourselves, each other, and the Universe as a whole.  You do not need to have any specific spiritual beliefs to experience this phenomenon – nor will it interfere with a religion you already practice.  Yoga is not a religion.  It is a lifestyle.

The more you practice these techniques, the easier they will become, and the shift from loneliness to aloneness will begin to happen automatically.  The difference between the two is night and day.  All of the negative connotations surrounding loneliness begin to evaporate and get replaced by positive and often joyful experiences.

The Sanskrit term namaste, often associated with yoga, loosely translates to “the light in me sees and acknowledges the light in you.”  It is a recognition that we are all deeply connected, both in this world and other realms.  For loneliness that is rooted in loss and grief, this phrase alone can bring significant comfort.

While I still feel bad that a few people are taking my exodus personally, the lesson most deeply ingrained in me over the past year is that the most important part of caring for others is looking after ourselves, and I know I can no longer do that while maintaining my status quo.  I know I have done my due diligence to make my exit as painless as possible for those affected and can only hope they eventually choose to see the good things our bonds afforded instead of believing my departure is nothing but a rupture of those bonds.  However, if 2020 taught me anything at all, it’s that I can only control my own behaviour and attitude and cannot be held responsible for those of others.

Hopefully 2021 will be a much more socially interactive year than its abysmal predecessor.  However, having come out of 2020 feeling more connected to myself than ever before, I feel prepared to navigate anything the upcoming year has in store for us.  In the meantime, I hope you all can change at least a few moments of loneliness into an appreciation of aloneness. Namaste.