Ahimsa and the Fermentation of Thought: The S&!t we Say to Ourselves 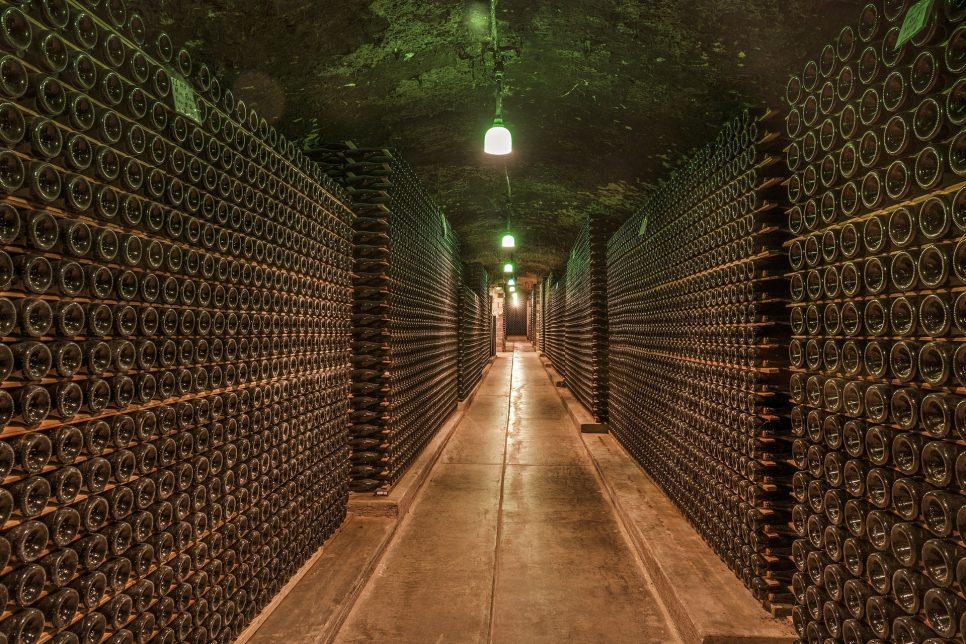 “No act of kindness, no matter how small, is ever wasted.” – Aesop

The eight limbs of yoga are the steps taken to reach samadhi or enlightenment.  The first of these limbs, known as the yamas, is a set of principles or guidelines that help yogis prepare themselves as they set out on their personal journey toward enlightenment.  These are the abstinences or the attitudes which are to be avoided in order to make the world a better place for all creatures.  It is the first of these abstinences, ahimsa or nonviolence, that reigns supreme and is meant to be applied to all living things as well as inanimate objects.

Violence is not limited to physically destructive acts carried out against other creatures.  Simply wishing for something harmful to happen to another constitutes a violation of ahimsa.  Nonviolence must be expressed in thought, word, and deed.

Most of us are conscientious about how we treat others.  I believe humans are inherently kind and that malevolent behaviour is learned by example.  If we are raised in an abusive household, we will likely express similar traits as we become adults.  If we grow up in a neighbourhood where crime and violence are commonplace, we will learn to protect ourselves by acting in a similar fashion.  But if violence is a learned behaviour, it can also be unlearned.

Ahimsa is an interesting concept in that it does not explicitly imply one has to be kind.  To adhere to the principle of ahimsa, you simply need to abstain from causing harm.  There are other tenets in yoga that encompass the act of kindness, but this specific attitude is one of refraining from inflicting pain.  Sounds easy enough, right? I mean most of us do not go around physically hurting people intentionally or otherwise on a regular basis.  But the hurt we cause is not limited to just the physical.

Most of us, myself included, are guilty of having spoken an unkind word about someone behind their back.  Women are particularly notorious for this type of cruel behaviour.  We have enough challenges as it is without constantly cutting each other down, and yet gossip is not only normal behaviour amongst friends and families, it is a business that yields upwards of $3 billion a year.

Unkind words can cut deeper than a physical wound but we often don’t feel the slightest bit remorseful about having uttered them – unless of course we get caught.  We’ve all been there: you’re at the local grocery store when you bump into a friend who was at the same dinner party last weekend at which Jenny had a bit too much to drink and ended up hugging the porcelain.  “She must be so embarrassed!” you squeal, and the two of you erupt into side-splitting laughter until you notice your friend’s face change abruptly and her eyes open wide.  You turn around just in time to see Jenny duck down the next aisle.  Now who’s embarrassed?

Men tend to be equally cruel to one another, but women are more inclined to use their words as weapons whereas men would rather throw punches.  In the end, the men’s cuts and bruises – as well as their friendships – often heal faster than the wounds caused by hurtful words.  This of course, is a huge generalization, but you get the point.  Either way, harm is incurred and a scar is created.

Ahimsa take things even one step further and posits that nonviolence cannot be achieved while harbouring spiteful thoughts.  Just because we choose not to act on a hurtful idea does not mean we are living a nonviolent life.  Thoughts can be incredibly destructive in a multitude of ways.  We might be angry or resentful and hope harm comes to someone by way of physical injury or death, a devastating loss (financial ruin, the end of an important relationship, the death of a loved one), or crushing humiliation.  We might covet something they have and fantasize about taking it (a partner or treasured object).  We can even cause pain by undermining someone else’s worth when we judge our needs as more important than theirs.

To live a life consistent with ahimsa, we must refrain from causing harm in thought, word, and deed.  Think about that for a moment.  Now think about the s&*t you say to yourself about yourself in your own head.

To be true to the principle of ahimsa, we must practice nonviolence to all creatures, including ourselves.  That one is easier said than done.  In fact, each step on the echelon of ahimsa becomes increasingly more difficult.  The vast majority of humankind finds it relatively easy to avoid causing physical harm to another human being.  Consciously choosing not to speak unkind words about another person requires a little more determination.  Abstaining from harbouring negative intent toward someone else calls for regular vigilance.  Eliminating bad thoughts about ourselves takes monumental effort.

How many times have you made a mistake or done something embarrassing and allowed the first word that popped into your head to be idiot!?  Now imagine that instead of the voice inside your head calling you an idiot, the insult came with the same vicious, accusatory tone but was delivered by a friend, co-worker, or family member?  How long would you put up with that type of destructive criticism before you cut them lose?  What if you said the same thing with the same condescension to those friends, co-workers, and family members whenever they did something cringe-worthy?  How long would it take before you found yourself living a very lonely life?

Negative self-talk is more harmful than you would expect.  Studies estimate that, on average, as much as a whopping 70-80% of all the thoughts related to our self-image are unhelpful, and this constant self-deprecation predisposes us to the development of mental health conditions such as depression and self-harming.  It can make it impossible to create or maintain healthy relationships and leads to an overall lower quality of life.

Focusing on negative thoughts can lead to a self-fulfilling prophecy that we just aren’t good enough.  The more we tell ourselves we aren’t capable of something, the more we tend to believe it.  We will overlook opportunities as they come our way, or fail to capitalize on them because we truly deem ourselves unworthy or incompetent.

Our inner dialogue should buoy us and propel us toward being our greatest selves.  Still, most of what we convey to ourselves is so self-critical that we ultimately quit before an idea even gets off the ground.  We automatically decide we are too unqualified, uneducated, unattractive, or unworthy to be able to actualize our dreams.  This all flies in the face of ahimsa.

It is challenging enough to decide we are going to be kind to all creatures in thought, word, and deed, but to get that to encompass our own selves is an unparalleled feat.  There are, however, ways to make it happen.

To begin with, try cross-examining your inner critic.  What makes negative self-talk so potent is that it often goes unchallenged.  Counter your internal monologue with examples that contest its validity.  Provide examples of your successes, allowing yourself to feel the satisfaction of those achievements.  Call up images of your best friends and bask in the feelings of their love and acceptance.  Replace the harsh words of your inside voice with those you would offer to a close friend if they found themselves in your shoes.

If that fails, try saying the words in your head out loud.  Often giving a voice to the critical thought can enlighten you to its unrealistic or unreasonable nature.  Then find a way to rephrase it into something more positive and helpful.

Self-talk is much like the fermentation process that turns fruity grapes into a sophisticated wine. If left unchecked, the agitation can produce undesirable and harmful effects.  Practicing ahimsa towards oneself is perhaps the most elegant yet elusive means of embodying this attribute.