Cabernet Sauvignon and the Yoga Ninja: A case of the Weirds and the Art of Forgiveness 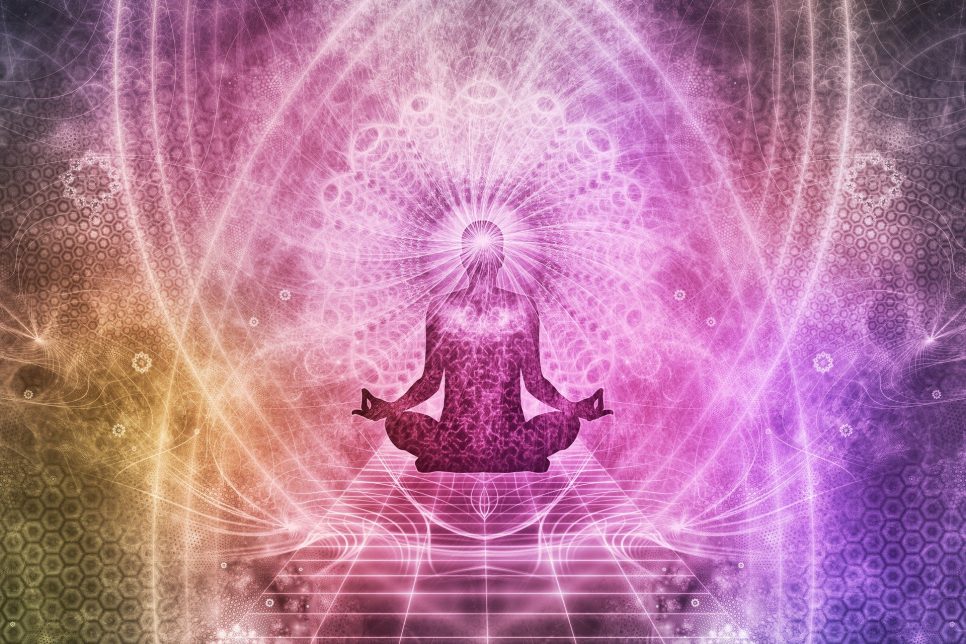 “To forgive is to set a prisoner free and discover that the prisoner was you.”  – Lewis B. Smedes

I am a yoga ninja.

OK, so this is only true in my own head, but that does not change the fact that I believe it 100%.

The Yoga Ninja is a character I devised while undergoing therapy for a trauma I experienced when I was younger.  For years I constantly re-imagined scenarios in which the person who inflicted the trauma would be taken down by my very cool and lethal ninja moves.  But as my yoga practice became an increasingly more important part of my life, I began to embrace the principle of ahimsa or non-harming.  I realized that causing that person an equivalent harm to the one I had endured would provide only a fleeting sense of satisfaction.  The pain, anger, and hatred would return because I allowed them to continue to affect my life.  Forgiveness would take away that power.

Enter the Yoga Ninja.  The Yoga Ninja sees all nonvirtuous acts and greets them with equanimity.  She continues to build strength by practicing forgiveness.  She is strong and can withstand anything.

At least in my head she can.

At some point in our lives, we all get hurt.  The trauma may be physical, psychological, or a combination of both.  With time we heal and the pain begins to dissipate.  But when it is another person who harms us, the scar that gets left behind can lead to a whole new type of suffering.  Fear, anger, and resentment are the emotional burdens bestowed upon us by our pain and can be just as damaging as the initial trauma itself, if not more so.

When someone hurts us, it is important to embrace all the feelings that event elicits so that we may start the healing process.  If we bury those emotions, they will almost certainly come back and rear their ugly heads, most likely causing us to act out in a way that is less than ideal.  And that’s the thing about heavy emotions: they will continue to resurface until they are dealt with in a healthy manner (Cue therapist).

Our scars, whether visible or not, tell our story and therefore should be worn proudly.  They show we have been through something injurious and have come out stronger on the other side.  We should not be ashamed of what we have been through.  And yet, very often we blame ourselves for the bad stuff that happens to us.  We think we should have seen it coming and been able to avoid it, or worse: we actually start believing we deserved it.

The hard truth is that most people will not own up to the wounds they inflict on others.  This may be because they are completely oblivious to the injury they have caused, or perhaps they truly believe they have done nothing wrong or the pain elicited outweighs the scope of the insult. Whatever the reason behind their behaviour, waiting for them to extend some form of olive branch is often a lost cause that leads to both frustration and further suffering.  It is up to us to find our own closure after we have been hurt.

All trauma is real.  If you feel someone has hurt you, then you have been hurt – period.  It is not for anyone else to tell you differently.  But what you do with that trauma is up to you.  You alone get to decide whether the past will eat away at your present and future happiness, or if you will choose the path of forgiveness and allow yourself to heal and grow stronger as a result of what you have been through.

Forgiveness does not mean you are condoning the behaviour of those who have harmed you, but it does allow you to stop letting them hurt you over and over by keeping you mired in anger, fear, and resentment.  Forgiveness is not for them.  It is for you.

Forgiving someone also does not mean you should forget the pain or what brought it about.  Remembering prevents you from being hurt the same way by the same person.  In that vein, you must be wary that you do not allow the pain you were given by a specific person to stop you from experiencing joy in a different situation.

By far, the single most difficult person to forgive is yourself.  We are our own worst critics and we do not let ourselves off the hook easily.  We act as judge, jury, and executioner all the time, and are quick to condemn ourselves for the smallest of misdemeanors.

There are few things on this planet that I love more than I night on the town with good friends, good food, and good wine.  The flipside to this is that after one too many glasses of cab sauvignon, I invariably wake up with a case of the Weirds.  “The Weirds” is a term I once came across while reading a book in which a girl was describing the overwhelming sense of dread she had when she woke up after a night of drinking.  This impending sense of gloom and doom was connected to the feeling she had done something horribly embarrassing that would make her friends not want to be her friends anymore.

Let me be perfectly clear on this: I get so worked up about always being in control that I can literally count on one hand the number of times there has been even the tiniest hole in my memory of a previous night.  But I wake up with the Weirds every single time I go out.  My brain then does this really fun trick of inventing blackout moments that don’t exist.  Even though I can fully recount every detail of our night out, the Weirds creep in and decide for me that there has to be something I don’t remember.  And whatever it is I cannot recall is most definitely something completely mortifying.  I then spend the better part of the day beating up on myself and freaking out over what imaginary horrors I committed the night before.  The idea of self-forgiveness is loathsome.

The pain I inflict on myself for absolutely no reason is ridiculous and unnecessary for so many reasons, not the least of which is that I have such good friends, I am pretty certain I could get us arrested and they would still love me anyway.  Also, despite over two decades of experiencing the Weirds, I have never once actually committed an act as mortifying as anything I imagine.

As nutty as this all sounds, on the 357 days of the year when I’m not actually experiencing a case of the full-blown Weirds, I carry around this constant low-grade embarrassment that I even get the Weirds.  In my mind, I should be capable of going out for a few drinks with close friends like any other grown-ass woman and not routinely rake myself over the coals the following morning due to imaginary transgressions.  This is most likely because I know on some level that the pain I am inflicting on myself is unnecessary.  So naturally, I beat myself up over that as well.

I am so awful at self-forgiveness that my modus operandi has always been to try to avoid any situation that might bring about the need for self-forgiveness in the first place.  This has led to a life of striving for perfectionism, and since, as you might have guessed, that goal is unattainable for everyone, it lends itself to a pretty empty life.  Whenever I allow myself to let go and do something I enjoy, I inevitably fail to be “perfect” in the process.  That failure elicits additional feelings of shame that have created a self-perpetuating cycle of self-torture and misery.

In order to forgive someone else, you have to start by forgiving yourself.

When we do something that harms another person, it usually evokes two emotions.  Initially we feel a sense of guilt – a consciousness that we have done something we should not have – and that is quickly followed by shame – a painful feeling of distress that usually sticks around much longer, even after we have apologized or tried to make amends in other ways.  This shame doesn’t help to fix the pain we caused.  It just adds another name to the list of people we have hurt: our own.

Shame is a very powerful and painful emotion.  Many of us carry a boatload of shame around that is totally useless.  And it doesn’t just surface when we do something cringe-worthy or cruel to someone else.  If something bad happens to us, we often shame ourselves into believing we deserved it or somehow brought it on ourselves.  Even the worst offenses committed against us can cause us to feel ashamed.

No one enjoys feeling shame.  It wreaks havoc on our health by increasing stress hormone levels in the bloodstream which in turn can lead to disturbances in sleep, withdrawing from social activities, and destructive behaviours such as substance abuse or self-harming.

So how do we learn to forgive ourselves?

I have found that the best way to forgive myself when I am feeling ashamed (something that still occurs far more frequently than it should), is to imagine someone I love telling me the story as if it happened to them.  We tend to naturally have far more compassion for others, particularly those closest to us, than we afford ourselves.  Only when I can glimpse the picture from an external point of view can I start to see past the self-loathing and eventually stop beating up on myself.

Just as in the forgiveness of others, it is important not to forget when forgiving yourself.  The lesson those horrible feelings of shame laid at your feet needs to be internalized so you don’t repeat past mistakes, whether the mistakes were performing misdeeds or putting yourself in harm’s way.

The act of forgiveness is not something that occurs at a specific moment in time and is then over and done.  It is an ongoing process, especially if there are triggers present that remind you of your trauma.  If you are forced to see the one who wronged you on a frequent or daily basis, you have a choice to make every day.  The act becomes an ever-evolving practice – a promise you make to yourself that you will not be victimized repeatedly by subjecting yourself to a new wave of anger and resentment each time you are faced with a trigger.

The art of forgiveness is something that can be learned but it takes time and effort to accomplish.  As Gandhi said, “The weak can never forgive.  Forgiveness is the attribute of the strong.”