Detox-Retox: An Incessant Merry-go-round and the Possibility of More 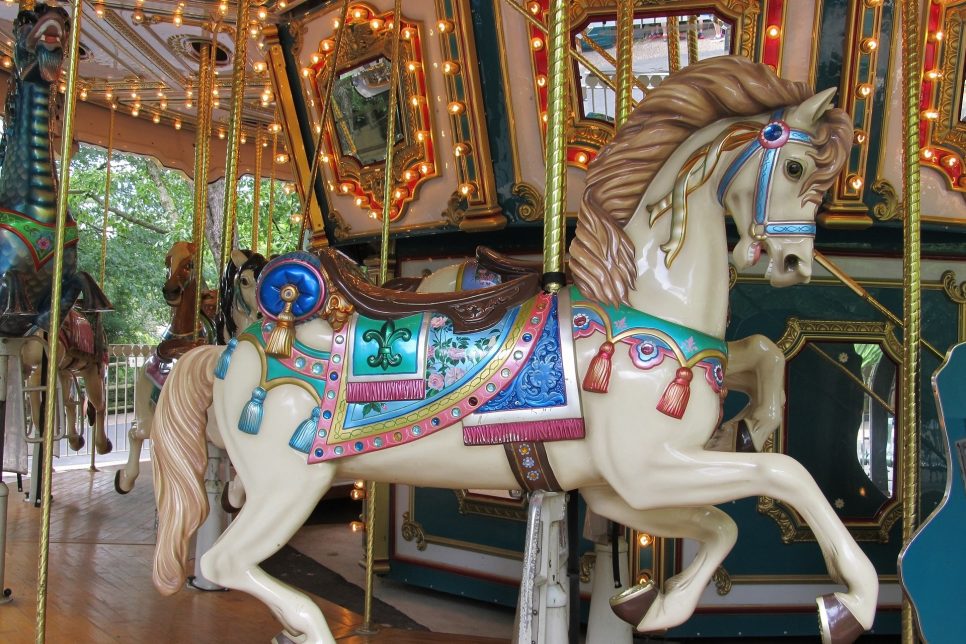 “Energy cannot be created or destroyed; it can only be changed from one form to another.” – Albert Einstein

I was once asked to teach a yoga class that would be followed by a glass of wine at a private event.  I put together a class of twists and other digestion aiding poses and called the class Detox-Retox.  It was a fun evening, but it left me with the thought that I wouldn’t want to do it every night.  Imagine going through the process of detoxification just to intentionally and immediately reintroduce toxic agents requiring further purification over and over.  And yet, this is exactly what our bodies are designed to do anyway.  The liver and kidneys are our primary tools of waste excretion, and if all is well, they work tirelessly to rid us of unusable or even harmful by-products of the things we put in our bodies.  If we abuse our bodies or if we have genetic conditions that lead to less than optimal functioning of these organs, our system can be overcome by toxicity, leading to a life-threatening condition called sepsis.

We can help our bodies to keep these organs in tip top shape by reducing the amount of toxins we consume.  Cutting back on sugar, alcohol, and highly processed or fatty foods can facilitate the body’s mechanisms of detoxification.  Clean eating refers to the consumption of things found in nature (e.g. fruits and vegetables, sustainable raised lean meats and poultry, and whole grains), as opposed to things from a factory (candy, processed meats, potato chips, etc.).  The less unhealthy stuff we put in our bodies, the fewer trips we’ll need to make to the doctor’s office.

If you regularly engage in physical activity but continue to eat unhealthy foods, you are essentially keeping yourself stuck on a never-ending merry-go-round.  In all likelihood, you will not change your health or the appearance of your body.  You are working hard to keep yourself stuck in the same place.

This is the same principle at the heart of yoga’s tenet of reincarnation.  Before we get into wrapping our heads around something as heavy as reincarnation, let me first make something crystal clear.  The single most widely believed falsity regarding yoga is that it is, in and of itself, a religion – or at least a practice engaged in by followers of specific religions.  In reality, nothing could be farther from the truth.  The Eight Limbs of yoga are a set of practices designed to prepare individuals to reach enlightenment, or at least to become the absolute best version of themselves.  While they do have their origins in Hinduism and Buddhism, they are not unique to those religions and are intended to be practiced by anyone searching for self-improvement.  The Yoga Sutras of Patanjali explain how each of the major religions can be incorporated into a yoga practice and conversely, how having a personal yoga practice can strengthen your belief system.  But even agnostic individuals can fully engage in yogic practices.

I am not a card-carrying member of any particular religion, but my mom insisted I go to church every Sunday until I was 14 years old.  We belonged to a Protestant church, and although I was not necessarily a believer in specific stories in the Bible, I do credit those early experiences to opening my mind to the Possibility of More.  I have put a lot of thought and research into my spirituality over the past 2 decades and while I respect everyone’s personal religious choices, the one thing that stands out most to me is the overwhelming similarity of all major religions.  They are all just different versions of the same story.

For the longest time, I believed that science and religion were at odds with one another.  I assumed we each had to choose a camp and stay there.  I knew from a very early age that science would have a huge impact on my life.  What I hadn’t envisioned was the degree to which those things I could not explain would impact me.  I remember having a thought when I was in high school studying the Big Bang Theory (the actual creation of the Universe, not the sitcom).  That thought was simply But what caused the Bang?

Having gone through 4 science-based university programs, I am still very much a member that camp.  And even though there are multiple theories about the cause of the Big Bang, there will always be the question But what caused that?

For as long as I can remember, I have always believed in the Possibility of More, and the more educated I become, the more likely this seems.  Science can explain a lot, but it cannot explain everything.  I do think one day we will get the answer, but I do not think chemical and mathematical equations alone will provide it.

I started really researching the Afterlife when I realized just how many physicians I have worked with over the years believe in some form of life after death.  How much more scientific can you get than a life dedicated to keeping humans alive?  If anyone has a reason to believe this whole process is all for naught, it would be a doctor who does everything in his or her power to save a life but is unsuccessful.  And yet, a disproportionate percentage of the doctors I have encountered compared to the people I know in general, trust in the Possibility of More.

Yogis believe that our actions in this lifetime dictate the nature of our next one.  This is the concept of karma.  We have all heard repeatedly and may even believe that Life isn’t Fair.  We know bad things happen to good people all the time and that bad deeds often go unpunished.  But yoga posits that things level out over time and that each lifetime is the chance to reach higher ground.  The goal for all yogis is to achieve enlightenment.  This is the highest spiritual level and at this stage, the need for rebirth ceases and we remain as our True Self, part of the Great Consciousness.

This process overlaps significantly with Abraham Maslow’s Hierarchy of Needs.  Maslow was a prominent psychologist who posited that each level of needs had to be met in order to ascend to the next.  His fifth and final stage was self-actualization.  At this echelon, all other needs being met, the focus is purely on achieving the absolute best version of yourself and leaving behind a legacy that will have a positive effect on the rest of humankind.  In yoga, this process is similar but might take many lifetimes depending on the learning efficiency of the individual.

In his 1988 book, Many Lives, Many Masters, Dr. Brian Weiss, a leading psychiatrist at the time, recounts his interviews with a patient he had been treating for severe anxiety.  He used hypnosis to see if he could uncover any repressed memories from her childhood, a technique he had used with many other patients.  With this particular patient however, it would appear he unintentionally regressed her to multiple past lives.  Intermittently during these interviews, “Others” (Dr. Weiss called them The Masters) would show up to provide pearls of wisdom about the Afterlife.  This book was so interesting and offered so much hope that it was almost impossible to put down.  And yet, Dr. Weiss almost didn’t write it because he feared he would be ostracized from the medical community by his colleagues if he published something so unscientific.

Reincarnation was already something firmly entrenched in my spiritual conception but the one gem I gleaned Dr. Weiss’ book was the resurfacing of the same characters in different roles throughout his patient’s lifetimes.  If her descriptions were accurate, it would imply we reincarnate with the same group of individuals, not always in the same relationships and not always at the same time, but it would appear our interconnectedness persists beyond one lifetime.  Oddly enough, over 30 years later, that very concept is at the heart of 2 hugely successful feature films: A Dog’s Purpose and A Dog’s Journey, both adapted from books by W. Bruce Cameron.  Only in these cases, it is the dog who reincarnates looking for his past owner.

The purpose of this post is not to sway you into changing your personal beliefs about the existence of an Afterlife or the details surrounding it.  The intention was merely to open your mind to the Possibility of More.

It is scientifically improbable that humankind is the greatest embodiment of intellect that exists, and even more unimaginable that this one life is all there is.  And let’s be real here: on the off-chance we are on a merry-go-round that won’t let us off until we get our s*&t together, perhaps it is in our own best interest to be kind, be of service to others, and take care of ourselves to the best of our abilities so that karma is with us and not against us.

Instead of living this life like it’s the only one we’ve got, maybe we should live it remembering no one wants to be on a merry-go-round forever.  Eventually the motion sickness will kick in and the ride will stop being fun. Put in the work and use each day to rid yourself of all kids of toxins (physical, emotional, psychological). Monitor what you put in and on your body, as well as who and what you let into your life.  You alone have the ability to break the Detox-Retox cycle and get off the ride.